Our total support to the IACHR

Since their first visit to our country in June of this year, the Inter-American Commission on Human Rights (IACHR) has demonstrated its commitment to defending the life and rights of Nicaraguans who have suffered violations of their most basic human rights.

From the Civic Alliance for Justice and Democracy (ACJD), we support, back up and reiterate the need for this agency, its Follow-up Mechanism for Nicaragua (MESENI) and the International Group of International Experts (GIEI), to remain in Nicaragua and to have the facilities to fully carry out their work.

We regret the recent statements of the Government of Nicaragua, through the Foreign Ministry of our country, which discredit their work and label it as biased, using a language that goes hand in hand with the recent narrative of the Ortega Murillo regime that discredits, disqualifies, points out and accuses any effort, idea or approach that does
not match the way of their thinking.

It is worth to point out that at the May 21 st session of the National Dialogue, the Government of Nicaragua assumed the 15 recommendations of the IACHR, as indicated in the release of the Episcopal Conference, dated the same day: «The national dialogue makes its own the recommendations of the preliminary report of the IACHR and requests in accordance with recommendation number 15, that the Government of the Republic commits to establish in the dialogue table the follow-up mechanism together with the IACHR to verify on the recommendations issued in the framework of the visit and its report and to schedule together a concrete calendar of new visits».

It is also important to remember that of the 15 recommendations only three have been met, and of these, the MESENI and the GIEI have not been able to fully develop their work due to the restrictions imposed by the government itself.

Article Five of the Political Constitution of Nicaragua, besides the acknowledge as principles: freedom; justice; respect for the dignity of the human person; political, social and ethnic pluralism, among others, also establishes that Nicaragua adheres to the principles that conoform American International Law recognized and ratified sovereignty.

We reiterate our support and thanks to the commitment and professionalism of the work of the IACHR and its officials, which undoubtedly have brought hope and encouragement in these more than three months of darkness and violence.

The Civic Alliance for Justice and Democracy (ACJD) is made up of a group of diverse and heterogeneous citizens and organizations, including students, members of the business sector, countrymen movement, academics, human rights activists and citizens of autonomous regions convened to participate as interlocutors in the National Dialogue. 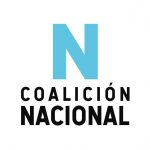